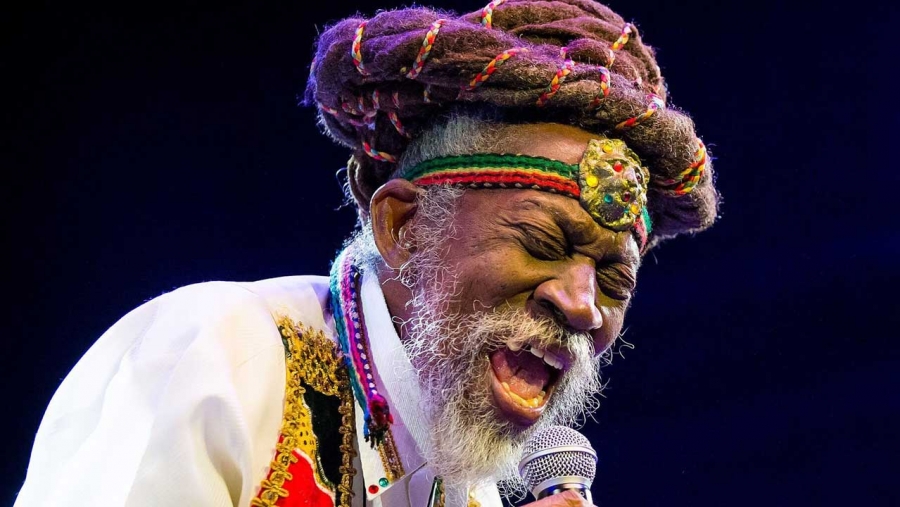 Kingston, 2 March 2021 – The Minister of Culture, Gender, Entertainment and Sport, the Honourable Olivia Grange, has released the following tribute to the Reggae legend, Bunny Wailer.

“The passing of Bunny Wailer, whose correct name is Neville O’Riley Livingston, has left a void in the culture and entertainment sector that may never be filled. Also affectionately called Jah B, Bunny Wailer has distinguished himself among the pioneers of Reggae music and as one whose works have spanned the decades while remaining relevant.

From his earliest beginnings through his familial relationship and friendship with Reggae’s King Bob Marley and the indomitable Peter Tosh, Bunny Wailer was destined for glory. A member of one of Jamaica’s most formidable groups, The Wailers, Bunny, Bob and Peter lit a flame that burns brightly to this day. A singer, songwriter and percussionist in his own right, Bunny’s contribution to the trio was legendary. Together they created lyrics and rhythms that inspired people the world over, igniting flames of resistance and resilience wherever they toured.

Bunny Wailer, however, soon decided against touring and set his eyes on a powerful solo career. Through sheer brilliance and relentless determination, he was able to carve out a place for himself, winning during his lifetime three Reggae Grammy Awards. He was unabashed in his respect for Bob Marley and Peter Tosh even after their passing and determined to celebrate them through his own creations and renditions of their compositions. He also showcased many international artistes, such as Willie Nelson, Eric Clapton, among others.

Bunny Wailer was respected within the music industry of Jamaica. Young musicians and veterans saw him as a musical icon and elder statesman of Reggae. For his outstanding musicianship, artistry and composition as well as his contribution to the development of Reggae music, Jamaica’s most formidable export, the Government of Jamaica conferred on him the Order of Jamaica in 2012 and the distinguished Order of Merit in 2017.

Today, on his passing, we offer deepest condolences to his family and share in their thanksgiving for a life well spent.

Today Jamaica mourns one of its most revered icons whose journey from Nine Miles, his birthplace, to his sojourn in Kingston among the trailblazers and pioneers, and then to the world, has been a beacon for an industry that has bloomed with economic and cultural prosperity for its exponents. Bunny Wailer’s memory will be etched among the ‘buffalo soldier’ whose cultural warfare and creative energy carried Reggae music and Jamaica to the international hall of fame and brought income to themselves and revenue to our country.

Well done and walk good, ‘Blackheart Man’ Bunny, and may you bring rhythm and bass into your ‘Dreamland’. Jah lives.”

More in this category: « The Passing of Bunny Wailer Grange pleased at Toots’ victory at Grammy Awards »
