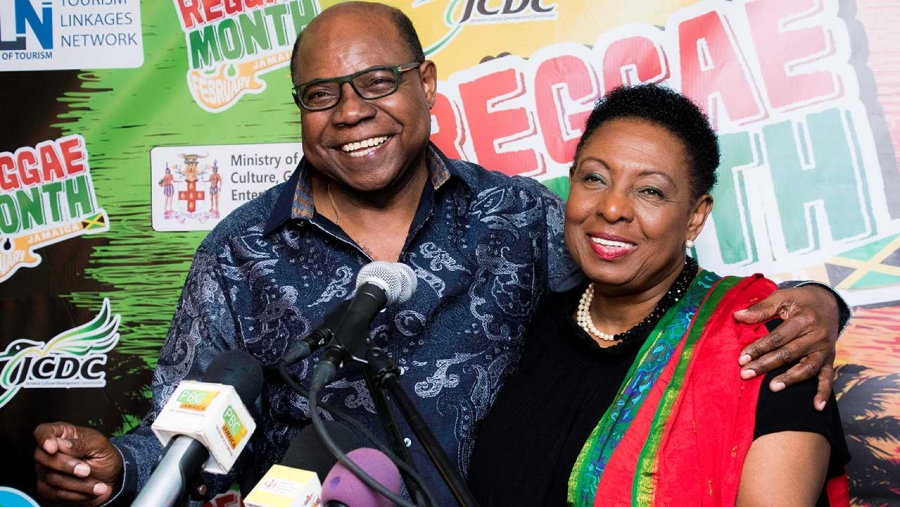 Kingston 21 January 2019 – The Minister of Culture, Gender, Entertainment and Sport, the Honourable Olivia Grange has announced that the most senior official with responsibility for culture at UNESCO will be her special guest for Reggae Month in February.

Minister Grange made the announcement of Ernesto Ottone Ramirez’s visit at the launch of Reggae Month 2019 on Sunday.  Mr Ottone Ramirez, the former Culture Minister of Chile, is the UNESCO Assistant Director-General for Culture.

“This Reggae Month is the grand celebration party for the recent inscription of the Reggae Music of Jamaica to the UNESCO list of Intangible treasures for the whole of humanity,” said Minister Grange who added Reggae Month will also commemorate the 50th anniversary of Reggae Music.

“This Reggae Month is the grand celebration party for the recent inscription of the Reggae Music of Jamaica to the UNESCO list of Intangible treasures for the whole of humanity.”

The Minister described the recent inscription of the Reggae Music of Jamaica to the UNESCO list as a continuation of efforts to preserve Jamaica’s music.

“The act of preserving Reggae was exactly the point when we instituted Reggae Month in 2008.  That first official Reggae Month was the culmination of efforts of the many stakeholders in our music to formally recognise the power and reach of Jamaican music.

“And I am delighted to have worked with the many stakeholders again during the last two years to bring a case to UNESCO to safeguard and recognise Reggae as a unique creation of the Jamaican people.”

Reggae Month 2019 will begin with a Street Party on Orange Street on February 1, 2019.  Other activities include tributes to Bob Marley and Dennis Brown; a month-long exhibition on Reggae Music at the African Caribbean Institute of Jamaica; the Global Reggae Conference at the University of the West Indies, Mona; a series of weekly Reggae Films in the Park at Emancipation Park; the JARIA Honour Awards and the Reggae Gold Reception and Awards Ceremony at which 50 icons will be honoured for their contribution to the Reggae Music of Jamaica.

Reggae Month is being organised jointly by the Ministry of Culture, Gender, Entertainment and Sport and the Ministry of Tourism with support of the Jamaica Reggae Industry Association; the Jamaica Federation of Musicians and Affiliates Union among other stakeholders.

“It is my pleasure — along with my colleague Minister of Tourism, the Honourable Edmund Bartlett — to invite the peoples of the world to join us in Jamaica during the month of February for a celebration of Reggae like no other,” said Minister Grange.

We place people at the heart of everything we do.

We believe that culture is the great equaliser and transformer that makes ordinary men and women great.

We believe that gender equality is essential in a modern society.

We believe that an entertained person is a happy person and happy persons make happy societies.

We believe that physical activity enhances lives and sport is the medicine that heals and corrects.