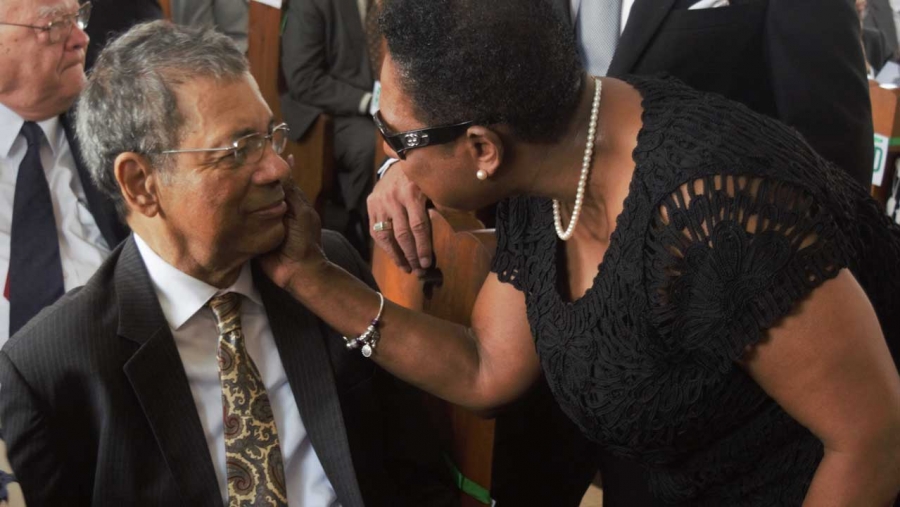 Kingston, 1 September 2019 – The Minister of Culture, Gender, Entertainment and Sport, the Honourable Olivia Grange, has given the following statement on the passing of the former Deputy Prime Minister, the Honourable Dr Kenneth Baugh.

“I’m very saddened by his passing. I really loved Dr Baugh dearly. He was one of the nicest individuals. As Minister, he was humble. As Deputy Prime Minister, he was extremely humble. He was really a humble person, excellent physician and surgeon. He was just a wonderful person.

As Minister of Foreign Affairs, he contributed tremendously in how we conducted the business of the nation internationally. As Minister of Health, he made great strides in setting our policy on a very progressive journey and he must be credited for a number of things that have been done in health under the Jamaica Labour Party administrations. And he was one of the outstanding medical practitioners of Jamaica. His contribution was in so many ways and his community service was tremendous.

Dr Baugh was one of those individuals who could stand above the fray; a real statesman. He never got caught up in partisan politics although he was firmly a Jamaica Labour Party man. He was able to reach out to others and to ensure that there was a good relationship between both sides of the House. And in his everyday life, he cared for so many regardless of politics.

I was really saddened by his illness and now that he has passed, it has left a void.

I want to express my condolences to his widow, Vilma; to the entire family; to his children; to his close sister, Lorna Myers; to the party — we’re all going to miss him. We really loved him dearly. And I know he’s at peace. He’s truly going to be missed. There’s going to be a great void.”