Let us celebrate Jamaica’s No. 2 ranking in World Netball – Grange 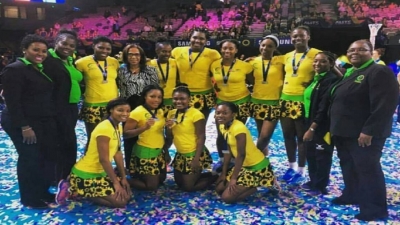 Members of Jamaica's senior netball team pose with their silver medal at the Fast5 Netball tournament in Australia.

Kingston 1 July 2019 - The Honourable Olivia Grange, Minister of Culture, Gender, Entertainment and Sport said today that all of Jamaica should celebrate with Netball Jamaica and the Sunshine Girls the news that Jamaica has moved up to the number two position in World Netball.

News coming from the International Netball Federation (INF) today has Jamaica overtaking England for the number 2 spot with Australia maintaining the number one position.

Minister Grange said, “The Sunshine Girls by virtue of their consistent performance, especially over the past two years, fully deserve to advance in the world ranking. We are number 2 now and we have number one in our sights.

“It is certainly great news coming just before the start of the Netball World Cup in Liverpool, England.
“As I congratulate the national players, I wish also to commend, the coaches, support staff and the President of Netball Jamaica, Dr Paula Daley-Morris and her board of Directors.

The rankings include all international matches played since July 2018.

The Sunshine Girls will play Fiji on July 12, on the opening day of the 15th Netball World Cup at the M&S Arena in Liverpool. The tournament ends of July 21.